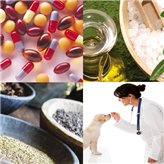 CELLULOSE ACETATE PHTHALATE is used as an excipient in many pharmaceutical preparations. It acts as a plasticizer in enteric film-coating materials and also as a binder in tablets, granules, capsules. Its plasticizer property makes it useful in soft gelatine capsule formulations and it also can be used to control viscosity of some liquid formulations. It helps to prevent degradation of tablet/capsule in stomach